Every year CMDA Canada awards Distinguished Service Awards to two members who have excelled as Christian Leaders in Leadership and Service. This year, we celebrated two couples from the province of British Columbia who exemplified the values of CMDA Canada. It was our delight to honour them with these awards and celebrate what good the Lord has worked through them and their families. 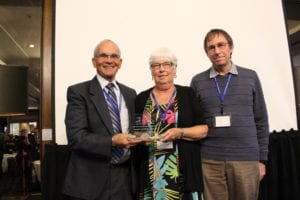 Henry Elmer Thiessen was born in 1946 and has been married to his incredible wife Shirley Anne Thiessen. Together, they share 6 children and 19 grandchildren. He graduated from the University of Alberta in 1969 and began his practice in family dentistry later that year. He practiced for 47 years in Williams Lake, BC.

Elmer has been involved in CMDA Canada since his time as dental student and he officially joined in 1971, giving him the distinction of being in the earliest ranks of our membership. Elmer and Shirley have always made a point of trying to attend the annual CMDA Canada National Conference, as well at the World Congress of the ICMDA.

Shirley has been a constant support through their entire marriage. She worked to help Elmer establish his practice, provided a healthy exciting home to raise their six children, and joins him more often than not while he attends the conferences and meetings required by his role on both the CMDA Canada and ICMDA boards. Shirley has attended all of the International meetings for ICMDA since Elmer’s first in person board meeting in 2011. Her tireless generosity and quick mind make her the perfect partner in the mission Christ has set before the Thiessens. The Thiessens are powerful examples of servant leadership, inspiring the next generation of young dentists to trust with boldness in the Lord’s will. 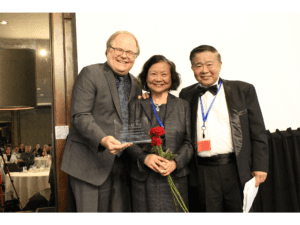 Timothy Tam was born in Nanking, China. He was the eldest of 5 siblings. His father was an ordained Minister of the Presbyterian Church in China and his mother was a social worker and a teacher from Shangton, China. The family moved to Indonesia when the communists took over China and his father took a call to be a pastor among the Chinese speaking population in Jakarta, where he would also go on to start a Christian school.

As a dental student, Tim was most influenced by a dentist friend who invited him to various CMDA functions and activities. He later became a student member of CMDA US and joined CMDA Canada after it was founded. He met his wife Dr. Remy Fu, who was a resident in Pediatrics at Thomas Jefferson hospital in Philadelphia. They met at a Philadelphia inner city mission outreach on Sundays, where they provided care for new refugees, the medically handicapped, and the visually impaired.

Tim has a passion for ministry to medical and dental students, as well as residents. He constantly finds opportunities to reach out to them with the Gospel of Christ. He has served for many years as a mentor to dental students at UBC. He also formed a dental study club under the CMDA banner not only to impart his expertise in dentistry but, more importantly, to share the Gospel of Jesus Christ to his fellow dentists.

Tim and Remy live in Vancouver and they have 3 adult children: Esther, an endodontist, married to Kenny Feng;and Isaac and Samuel, who have dual specialties in pediatric dentistry and orthodontics. They also have two adorable grandchildren, Zachary and Sophia Feng.

They have both joined multiple short term medical dental mission teams with CMDA Canada and EMAS to Tijuana, Mexico, China, Vietnam, Myanmar, Indonesia, as well as in downtown Eastside Vancouver.

Most recently, they set up the Tam Foundation as a non-profit entity to provide dental anesthetic services to needy children in the province.