This article originally appeared in the September 2018 issue of FOCUS.

Some in our society hold that a good death should be one that occurs at the timing and in the manner of one’s choosing, and if euthanasia is necessary to that end, then so be it.

Others hold that such killing, even if voluntary, violates the bonds of normal human relationships, and that human life is always worthy of our honour, inviolate until its last breath. By naming us humans His “image”, God has pinned His own honour on ours. This philosophy underpinned the practice of palliative care as we know it.

Here follows my account of the last week of my beloved aunt’s life, who died in a local palliative care unit on March 28, 2015.

She was my mother’s sister and I’d known her well all my life. The underlying cause 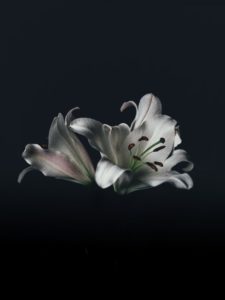 of her terminal phase was multiple osteoporotic fractures needing analgesia to an extent that made her so drowsy that she could not maintain an adequate fluid intake, so she died of dehydration. Her son had apparently decided against gastric tube feeding, likely on the basis of her advance care instructions, and she was admitted to palliative care. The hospice was around the corner from me, which made it was easy to spend an hour with her on most of her last days.

She shared her room with another patient and it was clean and quiet. Unlike some hospices where the rooms look like pleasant hotel rooms, this one looked just like a hospital. Food and fluids were offered but not urged on her. She was too sedated to use a call bell, so the staff checked in about once an hour. Nevertheless, on most visits I found myself looking for the nurses with questions or to alert them that she was groaning and needing a breakthrough dose of her pain meds.

How do you visit such a person? What can you say? What should you do when they don’t waken? How long should you stay?

I hit on an idea I’d seen in practice at Toronto’s Princess Margaret Cancer hospital when a mother came to visit her weak and drowsy son. After his recovery he told of the visit this way:

“My dear mother insisted on coming in every day, making a half-hour drive through Toronto traffic. One day when she came in, I had to say, ‘Mom, I really appreciate your coming, but today I’m so tired I just don’t have the strength for a visit’. She replied, ‘That’s all right, dear.’

She gave me a kiss, pulled up a chair beside my bed, opened a book and started reading to

herself in silence. I was thus excused from conversation and free to just doze in her motherly presence. Now and then, I’d waken and see her in front of the sun-filled window, reading in a lovely comfortable silence. After an hour she came over with a kiss and said, ‘I’m going now’.

Over my five weeks in the cancer hospital I had many visits from many well-meaning people, but of all those visits, that visit is the one I remember most fondly.”

I decided to do the same on my visits to my aunt. I’d come in and greet her with a kiss, on the off chance that she’d be aware of me. Then I’d pull up a chair to her bedside, take her hand in my left hand and hold my book in my right as I read to myself.  In the first visits she would very occasionally give my hand a weak squeeze. She spoke to me only twice in her last week and that was in the first three days of our visits. Each time, she spoke momentarily, then quickly drifted off again. The first time, her eyes opened wide and with a big wide-open smile as if pleasantly surprised, she looked me in the face and said, “Terry!”

At one visit her best friend, who is godmother to her son, arrived at the same time as I. Looking at my aunt in bed, she got upset and expostulated, “Why do they keep her going like this?!”

I tried to calm her down, saying that her friend’s pain was being fairly well controlled and that food and drink were only being offered, not forced and that it was my aunt’s own body and normal desires that were keeping her going, even though we all knew that the battle was being lost. Her friend left the room. Afterward, she told me that she had returned, but on seeing my aunt sleeping quietly with me holding her hand as I read silently at her bedside, she didn’t want to disturb us, “because it was so beautiful.”

I learned of my aunt’s death when her son phoned to say that she had died peacefully.