This article originally appeared in the June 2017 issue of FOCUS 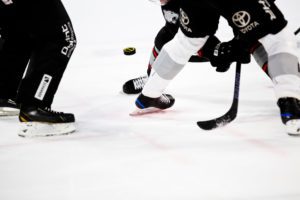 Wayne Gretzky famously said that he did not skate to the puck but to the spot where the puck was going to be. This is a helpful metaphor as we think of medical missions in a rapidly changing world.

Broadly speaking, the church’s mission is to creatively, compassionately and expertly combine three intersecting Biblical mandates. I refer to the Creation Mandate (Gen 2:15) which calls us to work in God’s world, the Great Commission, which impels us to disciple the nations (Matt 28:20) and the two-fold command to love God and neighbor (Lk 10:27) that brilliantly sums up the whole duty of humanity.

How do medical missions measure up in the light of these injunctions? In a world changing at a dizzying pace, what will the future of missions look like?

HEALING IN THE CHURCH

Jesus showed us how to faithfully follow these three mandates. In describing his ministry, He said, “The blind receive sight, the lame walk, those who have leprosy are cleansed, the deaf hear, the dead are raised, and the good news is proclaimed to the poor” (Matt 11: 2-5). The Acts church took up the challenge, combining proclamation with signs, wonders and compassionate ministry.

Throughout its long history, God’s people have followed Christ’s example. Take the case of Europe during the small pox and measles epidemics of the 2nd and 3rd centuries. Almost half the population perished. The mortality rate was highest in the crowded, unsanitary cities where the poor lived. Christians, meanwhile, fared better. Why so? Simply stated, they obeyed Christ’s love command and cared for the sick at the risk of their own lives. These heroic, selfless and compassionate acts played a large part in the Christianization of Europe.

The Catholic Church maintained the momentum. Protestants, in the wake of the Reformation, backed off, downplaying good works while emphasizing justification by faith. A happy balance was struck in the 18th century with the modern missionary movement (MMM) led by William Carey. It has survived to this day and is a saga of sacrifice, valor, compassion and ingenuity. Western missionaries went to the ends of the earth to care for strange people in inhospitable climes.

While the primary motive for the MMM was evangelism, it was often accompanied by education and health care. David Livingstone and Hudson Taylor combined evangelism and medicine. Mission hospitals dotted the colonial landscape.

The MMM is a brilliant success but has its flaws. Early on, Empire, colonization and “Christian” (read “Western”) civilization went hand in hand. To be fair, it is also true that many colonizers resented and opposed the missionaries’ attempts to convert and civilize the “heathen”. As in many human endeavors, it was a mixed bag.

A dubious aspect of this venture was paternalism. With a few exceptions, the “natives” were not drawn into the work. Vestiges of this attitude linger to this day. There were other challenges. Missionaries left home equipped with coffins, fully expecting not to return. Indeed, many perished prematurely. Sadly, many of their children died as well. Furthermore, disagreements erupted over funding medical care which was and remains, expensive. Was this a sustainable venture? Was it worthwhile?

Today, the West still dominates missions. The U.S. sent 93,000 missionaries to 211 countries. A distant second is S. Korea, with 21,000 in 175 countries. With respect to medical missions, the West is certainly the major player. It has a wealth of experience, extensive resources, with a seasoned, sophisticated and dedicated workforce and a “can do” attitude that gets things done. However, fewer people undertake full time service. Short-term missions, though popular, rarely morph into long-term commitment. Finally, sacrificial giving has dropped off.

In the Majority World (MW), meanwhile, there is a burgeoning missionary movement spawned by its youthful, energetic churches. China’s “Back to Jerusalem” evangelize along the Silk Route and Filipinos witness as they work in “limited access countries.” EHA India has sponsored missions to Nepal, Albania and Zimbabwe. CMC Vellore (India) hosts an Annual Missions Conference with hundreds attending.

What then is the potential of MW missions? For one, these countries have the numbers. There are now more Christians in the MW than in the West. By 2020, 70% of the world’s missionaries will likely be from this segment. Their churches are energetic and intentionally evangelistic. With respect to medical missions, in particular, similarities in culture, disease conditions and training between them and the host countries make them a good fit. Furthermore, costs will be lower.

Nevertheless, there are difficulties. Some of the training is sketchy and remedial work is required. Secondly, the MW cannot sustain the expense of international work. In certain instances alternative sources of funding such as salaries paid by host nations and fee-for- service arrangements are available. These have their drawbacks.

The needs in our world are so vast and compelling, that partnerships are the way forward. One such partnership is the ICMDA National Institute of Health Sciences Jonglei. Anil and Shalini Cherian, from India, had a vision to train clinical officers in South Sudan.

They established the Institute in Kampala, Uganda because of unrest in S. Sudan. Westerners (including Canadians) and leaders from the global South work as equals, providing governance and instruction. It is financed by Western agencies. The first batch of 51 clinical officers will graduate in June 2017. It is a shining model for future collaborative efforts.

What should future partnerships look like? Borthwick has described three models. The first sees the West leading and the rest falling in behind. In the second, the West simply hands over the keys and moves on. The third model is one of interdependence. We work together, each contributing her skills, resources, manpower and expertise. This is obviously preferable but requires generous doses of humility, wisdom and brotherly love. Having been in the driver’s seat for centuries, it is hard for the West to value their sisters in MW as “better than themselves” (Phil 2:3). Of course MW Christians can be equally racist, prejudiced and proud. Adjustments are needed on both sides.

Funding is a major issue and the West will have to play a bigger role in this. Trust on the one hand and integrity on the other are essential for this arrangement to work.

As Christians, our passion should be to see “..the earth… filled with the knowledge of the glory of the Lord as the waters cover the sea” (Hb 2:14). This, of course is God’s vision and He will accomplish it. We are privileged to work alongside Him. The world though rapidly changing is hurting badly. A careful re-examination of how we steward our resources and talents is necessary if we are to fulfil our mission. The issues raised will, hopefully, foster dialogue so we can skate to where the puck is going to be.