This article originally appeared in the August 2016 issue of FOCUS magazine.

Does the Bible talk about Social Justice? The obvious response is, “Of course!”. After all, the Bible reveals God’s love for the “least of these”, the poor, the widows, and the outcasts. The Bible is frequently critical of wealth and directs those who love God toward the service of those in need. That we associate these things primarily with something called “Social Justice”, however, is a particularly modern phenomenon. In this article, I want to suggest the perils in conflating service of the lowly with Social Justice. There are, of course, Social Justice components, and these are crucial. However, the peculiarly modern tendency to conflate care of those in need entirely with Social Justice, I will argue, (a) risks failing to see the personal call that resounds in scripture and (b) risks masking the Christian understanding of the moral life under secular categories that blind us to just how radical Christ’s call to us is.

First, if “Social Justice” isn’t a synonym for care for the poor, sick, and needy then what is it? The term has its origins in the 19th century and emerges in Jesuit thought in response to 19th century social and political trajectories. These trajectories interwove a post French revolution understanding of the nation state with the capitalism made possible by the industrial revolution. A new form of political order was emerging. Inspired by figures as diverse as Hegel, Kant, and the British Utilitarians, the nation state was becoming the primary agent – making the decisions, ensuring justice, shaping the lives of people and so on. This increase in the significance of a centralized nation state as the primary active “agent” was mapped by huge economic shifts. The industrial revolution led to a much broader group of “haves” involving industrialists – not simply aristocrats – who owed their “having”, in the mind of many, to the “having not” of their workers. The term “Social Justice”, as it emerged in 19th century Jesuit thought, was understood as a leveraging of the power of the state to ensure better living conditions for the “have nots”. It was reactive, in that it saw the development of a secular, capitalist, nation state and sought to respond to it by outlining how such a state can protect the marginalized and needy through legislation.

This legalist approach was representative of its time. German philosopher Immanuel Kant, writing shortly after the French revolution, outlined the value of law in a modern nation state in his famous essay on “Perpetual Peace”. In it he says that humans are essentially incapable of being good because we’re inherently selfish, but the State, he suggests, can use laws to make such selfishness work in the service of “the good”. For example, I may want to steal from others because I am selfish and think only of myself. But because I’m selfish and think only of myself, I don’t want to have my liberty curtailed by something unpleasant, such as prison. Thus, because I’m selfish and think only of myself, I will never steal. As such, I act as if I were good even though I’m not – and all because of the rule of coercive law. This is the key to the secular nation state for Kant. It need not worry about shaping people to be good, it need only use laws upon citizen’s selfish inclinations and thereby produce actions that mirror good ones. So too the state can force industrialists and others to act as if they cared about the poor even though they don’t. Through taxation and so on “selfish” people can help the needy without, in a sense, ever even realizing it. A society does not need good people, Kant argues, it just needs good laws that will force bad people to act as if they were good people.

The original concept of Social Justice also works with the centralized nation state and holds the rule of law as the key to enforcing a form of care. While the term takes on new meanings from this 19th century Jesuit origin, being used by figures as diverse as Lenin and Stalin, John Rawls and Noam Chomsky, it typically involves these two core elements – the state as operative agent and the use of coercive legislation to generate positive social outcomes. While Social Justice is used as a synonym for care for those in need, it is instead a particular approach to care for the poor focused on social (often state) action through the rule of coercive law (law with punitive consequences for those who transgress them). 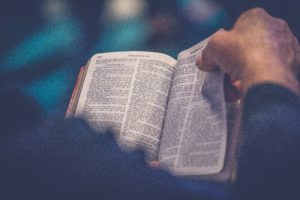 There are no significant theologians in Christian history who would disagree with some core basic premises of Social Justice as understood by the 19th century Jesuits. For Augustine, Aquinas, Luther, and more, governments, comprised of people who are made in the image and likeness of God, equipped with conscience and in relationship with God (whether they know it or not) should act morally. The people who comprise governing bodies should care about the poor and needy and work to help them and, as such, governing bodies should do likewise. Social Justice is a good and important thing. But such theologians all saw “Social Justice” as just one, very small, strand of Christian care for those in need. In the remainder of this article I want to highlight two brief reasons why: (1) Because real change requires far more than legislation, and (2) Because Christ’s call is far more radical than anything a state can legislate.

The first point is the most complicated. Kant stands as a bridge between the premodern Christian context and the modern “secular” one. His focus is on actions that “mirror” good acts and are visually identical to them, but, for him, they are not “good” in the proper sense. This seems strange. In his view, one can give to the poor and do acts identical to “good” ones but these acts remain identical to good acts without actually being good acts. Why? Because God alone is good (Mk 10:18). A person is good due to the presence of God in them. An act is good due to the presence of God in it (via the acting person). It is good when there is love (God) and goodness (God) really present in it as its formal cause. Without love (God) and without good (God) an act can look identical to a good act but not be. And this is the basis for the first point, that change requires more than legislation. Think of a glass of water. This water can be put in other containers without being changed. But add wine to the water and now there is actual change. So too the person can be in a container of different political systems without actual change.

For Saint Paul (think Romans 7 and 8) acceptance of God’s self-giving in Jesus Christ through the Holy Spirit infuses the body of the person with the God who is love. This leads to the presence of Christ in them. The person’s actions are animated by this presence, which is the formal cause of acts that are good. The person is changed, really changed. The addition of the Holy Spirit, like the adding of wine to water, changes things. The world is changed by such personal transformation. Persons are changed and the world, comprised of persons, is different. Now, contrast this with a model where legislation mandates taxes that are used to care for a person in need. This too is positive; the poor person is helped. But the world has not actually changed. In Kant’s model the payer of tax is unchanged, still selfish, and the world comprised by such persons is still a world determined by selfishness. Thus, while poor person x or y may be helped, millions of people yet unborn will come into the same world marked by the poverty and injustice that stems from selfishness and greed. Nothing, really, has changed. The world is still the same and countless more will be flung on its barbs. But in the Pauline model the person gives to the poor because of transformation in them wrought by the presence of Christ. The person is changed and through the person the world. Difference happens and the world into which people are born is a world that has changed by virtue of the ontological change in persons through the power of the Holy Spirit. The kingdom of God is not legislated; it comes into being through the real presence of Christ in the world through persons.

Social Justice is good and it is needed. But in isolation it is both far less radical and far less effective than Christian caritas. The former legislates acts that mirror the good where the latter shapes people as good and changes the world, forever, through this transformation. The former is an obligation mandated through coercive legislation, the latter is nothing less than the incorporation of the person into the life of the God who is love.

Social justice is a million miles from Marxism but, put simply, from a Christian perspective, Marx is neither practical enough nor radical enough. Christian love offers real and lasting change and goes far beyond the tepid realpolitik of Marx’s dialectic of history.

To be a follower of Christ, to have hope in the power of the Holy Spirit to bind us to Christ in whom we become one with the Father, is to refuse the bonds the modern state can place on our moral imagination. The moral life and the care of the poor is something that we are responsible for. We root for the state to do the good but it does not limit our imaginations or define our actions. We are called to more and to live a life less ordinary.