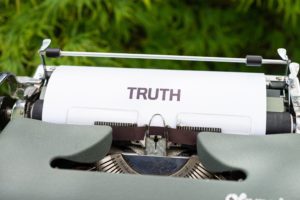 Education for medical students on ethical reasoning that I have experienced lacks depth and breadth for the complexities of the topics being explored. Aside from a few formal lectures and some ad hoc guest presentations, the fundamentality of ethics in medicine is proportionally ignored within the formal curriculum of my program. Presenting ethics as minimally contributory to one’s education thereby perpetuates the mentality that ethics is likewise of limited value to the profession of medicine – or, perhaps more detrimentally, that ethical reasoning is not a skill to develop and that emotional responses and unchallenged gut feelings are substantive enough.

In addition to disadvantaging students by leaving out this fundamental aspect of developing competency as future physicians, the ethical approaches that have been presented to our class formulate concerning perceptions of human dignity. When presented, my class’s introduction to ethics was based on the simplified approach of the four pillars of bioethics: patient autonomy, beneficence, non maleficence, and social justice. It is of significant note as well that the concepts are presented in that order. Always. And subsequent conversations with students illustrate a subconscious ranking of these ethical pillars accordingly with patient autonomy inevitably at the pinnacle.

Patient autonomy is overemphasized and perverted in its current social interpretation. Definitionally, autonomy promotes the power of informed, uncoerced decision. The attempts of some physicians or students to educate their patients well and completely, however, can often and too easily be perceived as coercive. By attempting to strip away all potential bias from communication, we unavoidably remove the incredible power of human connection and conversation, leaving prescriptions and treatments destitute of moral consideration. In addition to the possible harms of being pressured to give patients essentially whatever they desire out of the fear of violating autonomy, I argue that choice without truth and honesty is in fact an active violation of patient dignity.

Embodied belief in the inherent value of human beings, as recognized in Christian theology, acknowledges the critical work of maintaining human dignity and supporting the ethic of truth. Humans owe it to each other to be truthful, fundamentally. It’s a sign of respect for our shared humanity and the foundation of any act of dignity towards our fellow person. To draw this idea into a relevant example: a haphazard attempt to dissuade against euthanasia is not the same as conveying truth. The truth is that people who want to die prematurely are, definitionally, suicidal. The dissonance created in the context of euthanasia is thereby that suicide is justified in some instances because of the perceived circumstances provoking the patient’s desire to die. Approving of euthanasia for the sake of patient autonomy is thereby a false application of ethics if it entails the sacrifice of human dignity, and euthanasia violates ethical action by contradicting the same autonomy it is claiming to protect.

Not all is hopeless in the medical school environment. I regularly and actively remind myself that my colleagues do have the desire to be good physicians and good people. To deny those whom I disagree with the respect of people with conscience, due to what I perceive as faults in their education and perspective denies their inherent dignity as well, and caring for my colleagues is just as much a moral act as is caring for future patients. Those who have the same inclination towards truth in ethics and medicine provide support for challenging the discourse we are presented in our program and I am encouraged to invite others into these conversations with as much patience and love as I can. Participating in changing perceptions of human dignity by attending to the uncomfortable places where these conversations are happening and asking meaningful questions is one of the greatest calls I think Christians have as medical professionals and professionals-in-training.

We must also balance the expectation of personal initiative for ethical education and a response from schools to recognize its incredible merit. Elio Sgreccia’s personalist bioethics theory promotes a holistic view of the human person by maintaining that a person is valued for who they are and not only for the choices they make. Rebuilding the ethical framework presented in medical schools with the acknowledgment of uncompromisable human value provides a potential redirection from the unintended decay of human dignity through false interpretations of what constitutes autonomy. But most critically, one must acknowledge that unchallenged assumptions or gut reactions do not provide justifiable reasoning for the potential compromising of human dignity. Even as Christians we must challenge our perceptions, as we are not immune to the susceptibility of falling privy to misinterpretations and paths of false discourse. To ultimately respect our patients thereby comes with a call to actively develop our ethical reasoning – both as medical students and throughout our career as well. And may we be persistent in our pursuance of truth while doing so.