It is More Blessed to Give than to Receive: Evidence from Free/Open Source Software for Health

This article originally appears in the December 2017 issue of FOCUS. 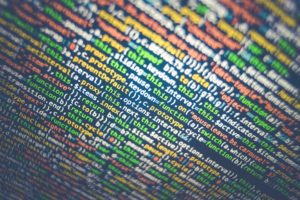 Linus Torvalds, the computer nerd from Finland who invented Linux,[1] once called himself an “Accidental Revolutionary”.[2] He and I share similar interests, and my 30-year journey creating Free/Open Source Software (FOSS)[3] isn’t too dissimilar to his. The exception is that perhaps by calling myself a Christian, I acknowledge that nothing is ever “accidental”, and I should learn not to be too proud by calling my creation “revolutionary”. This brief article tells my story of seeing God’s hand at work in my life even though I was not always aware of it at the time. And now I give all the glory to God who “redeems my life from the pit, and crowns me with love and compassion”.[4]

I was first trained as an electrical engineer – having passed all my examinations using a slide-rule![5] I worked as a software programmer for 5 years during which time I became a Christian. My life took a drastic turn when I received a call to the Mission field. I felt I would be more useful to enter into the medical field. After finishing my medical degree and residency training I took my first job as a lecturer in Family and Community Medicine at the Chinese University in Hong Kong, with a ministry focus on the medical students. Being a young faculty, I resolved to use what I knew best – writing software – to make a difference in health and health care. I produced the first microcomputer based Computerized Medical Record (CMR) system for the teaching clinic.[6] There was some interest in the software so I gave it away for free. Without the Internet at the time, software distribution and collaboration was quite difficult. CMR was a very good tool for research and I was able to experiment with new ideas to improve the care of my patients using it.

My next job was a faculty position at McGill University where I produced the next version of an Electronic Medical Record (EMR) called MUFFIN (McGill University Family Folder Information Network).[7] Even though the software was freely given away, it required considerable effort to help others use it. So, there were MUFFIN Workshops held not only at McGill, but in other countries as well. Many friendships were formed, which turned out to be very important for the next phase of this development.

In 1997, I joined McMaster University. There was very little resource and their antiquated computer system was facing the looming Y2K disaster. I managed to modify MUFFIN to support the teaching clinics there. After making further improvement I was able to get a large grant from the Primary Care Reform Technology Incentive Program. The money was intended for the purchase of a commercial system but with the confidence of my colleagues, I was given the opportunity to develop a totally new, web-based system called OSCAR (Open Source Clinical Application Resource). The name of the project was chosen carefully, after learning an important lesson from MUFFIN. McGill lawyers did not allow us to use the name MUFFIN! OSCAR is free from any university or even country restriction. I also learned that it was not so easy to simply give away our software. It took a lot of time and energy to work with the university Intellectual Property department to carefully package our “gift” with a FOSS General Public License.[8] With the generous support of the Chief Information Officer of UCLA, OSCAR was officially released to the world on the UCLA campus (near Hollywood!) on November 17, 2002.

Despite many negative predictions, OSCAR has passed many major government testing and certification. Over 3000 health care professionals across the country now use it to care for millions of Canadians. Because the software can be downloaded freely, it is hard to know how many other countries are also benefiting from it (there were two downloads from Mongolia in 2002!). Moreover, it has attracted many collaborators, many of whom I have come to know as devout Christians, volunteering hundred of hours of their time to support the user community. Many businesses have also been created. They compete on providing good support services to the users, since the product itself is free of charge. The poorly resourced communities can benefit from this world-class software. I currently support a refugee clinic and a free YMCA physiotherapy clinic using surplus computers. Two years ago I supported a project in Vietnam to use OSCAR in their Methadone clinics. Listening to one story of an ex-addict turning her life around because of it has made all the effort worthwhile.

OSCAR-EMR[9] and OCUS[10] (OSCAR Canada Users Society) are two important not for profit organizations created to support the ongoing development of OSCAR and the supporting community. OSCAR was also created to support other web applications. Know2Act[11]  is a platform to share clinical knowledge and tools based on the social-networking paradigm. It is now receiving over half a million visits daily. It has probably the biggest collection of electronic forms to help with clinical care. The service is available for free. KindredPHR[12]  is a Personal controlled Health Record (PHR). It is probably the most exciting project since the creation of OSCAR itself. The purpose of a PHR is to put the Patient in the centre of Health Care, where all the tools to support making informed choices both towards wellness and managing chronic illnesses take place. This is probably the most revolutionary idea – turning our health care system upside down.

Over the years, this verse from scripture has helped me greatly: “”It is more blessed to give than to receive” (Acts 20:35). Here the apostle Paul reminded the Ephesian elders as he was bidding them farewell, knowing that he would be facing tremendous dangers up ahead and that he would most likely never to see them again, “In everything I did, I showed you that by this kind of hard work we must help the weak, remembering the words the Lord Jesus himself said: ‘It is more blessed to give than to receive.’” These words of Jesus were not recorded in any of the four Gospels. It is possible that Jesus had said this directly to Paul when He met him after the Road to Damascus (Acts: 9:1-10). Paul was reminding the Ephesian elders that he had not been a financial burden to them even though they owed it to him for his preaching the Good News to them. “You yourselves know that these hands of mine have supplied my own needs and the needs of my companions.” (Acts 20: 34). So instead of asking for what he deserved to receive, he gave of himself fully for their salvation. Paul was validating Jesus’ teaching on the blessings of giving.

When I became a Christian, I had to overcome my weakness of holding on to things that belong to me. I came from a poor family background. I learned hard work in order to move ahead. To give away what was hard earned was not an easy thing for me to do. I have the tendency of viewing all the commandments from God as burdensome rules to obey. But more and more (praise to the Holy Spirit) I have discovered that these commandments are means by which my Heavenly Father blesses me! I love to spend time with my Father and hear Him tell me He loves me.

So giving is the same. The more I learn to give things away generously the more I will discover riches from my Father. This brings to mind the story of the Prodigal Son (Luke 15:11-32). I don’t want to be like the older brother who became mad when his father was treating his prodigal brother generously. His father reminded him:

“‘My son,’ the father said, ‘you are always with me, and everything I have is yours. But we had to celebrate and be glad, because this brother of yours was dead and is alive again; he was lost and is found.’” (Luke 15:31)

Oh may I have a big and generous heart like my Father!

[7] The name was picked because that was what I called my 3 lovely daughters (my muffins!)