Living Your Best Life as a Christian and a Doctor

This article originally appeared in the August 2017 issue of FOCUS.

“Please, please God, may I get accepted into Medicine! I promise to serve You with my career and not my own selfish interests”

The year was 1987. Like Hannah pleading with God for a son, I attempted to make a wager with the Almighty.

I had been shortlisted for the interview that would dramatically alter the trajectory of my life. My church Bible study group was praying for me. Although I was anxious, I also was comforted that if becoming a doctor was a true calling by God, I had nothing to fear.

Even when one of my interviewers was a middle-aged psychiatrist with a grey beard. In my essay, I had written that since I converted to Christianity at the age of 14, I came to personally know missionary doctors including the wife of my first pastor who were a deciding influence for a career path in medicine. 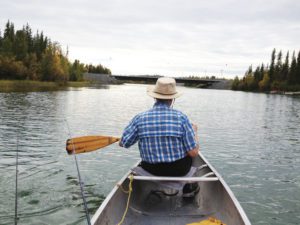 At that time, there were no mini-OSCE exam cycles, my fate was essentially decided by two interviewers. The first was a matronly female who interviewed me in a socially engaging manner as if we were having a pleasant chat with afternoon tea. The second interviewer was this Freudian figure with an impassive face and deep eyes boring into me as he asked: “Tell me why you converted to Christianity at such a young age and how did your family react?”

So, there you have it. A 17 year old former Punjabi Sikh of East Indian extraction giving her conversion testimony to a university professor in medicine. When I left that afternoon, I was uncertain of my fate.

On a Saturday morning weeks later, a letter was delivered to our home with a familiar university emblem. My heart was beating rapidly. All I could think was what type of university would send a rejection letter via special delivery on a Saturday? It was in fact a letter of acceptance! My family was shocked since I had never even informed them that I had applied. Born of hard-working immigrants, I was the first in the clan to enter into the field of medicine.

That day I became like Samuel. I was so grateful to God for giving me this gift, that I vowed that I would use it to serve the most vulnerable and neglected in society whether locally or overseas. This promise was reflected in memberships, volunteer activities and where I chose to do my clinical electives.

The first medical trip was at the end of first year of medicine where I joined six other students working in Catholic health facilities all over Brazil including living in a leper colony. After that, I worked with an American pediatrician in Guatemala traveling through guerilla occupied remote mountainous regions treating poverty stricken local villagers.

I chose an initial career in family medicine as I felt a generalist approach was most needed should I want to work abroad. In my electives, I was fortunate enough to be granted a clinical rotation working with the Inuit populations in Northern Quebec as well as a separate elective working with the Cree Nation in James Bay.

When I graduated, I was hired to do several locums in Northern Quebec which helped pay off my student loans. Between these locums, I was connected with a Lebanese Christian doctor with a heart of gold. He was stationed in Ivory Coast working with a Canadian Christ-based non-governmental organization. He invited me to volunteer as a physician at a Baptist hospital working in the northern most region of that country. During that several month stint, I treated HIV patients, children with cerebral malaria, tuberculosis and a host of other infectious and tropical diseases. I also witnessed the painful aftermath of a measles outbreak both in fatalities and lingering sequelae such as permanent blindness from Vitamin A deficiency.

It was then I realized that a career in public health and preventive medicine would do better to address the social injustice and upstream determinants of poor health than battling with the aftermath down river. I applied to a public health and preventive medicine residency program at a prestigious US university. That was when I left the Christian missionary outreach response and turned to secular humanism to address the health disparities I had so often witnessed during my short term medical missions.

My faith in Christ was still strong. However, I felt that as a trained “professional” graduating in international health and development that I could achieve more than the “bleeding heart” short term volunteer. I also became certified in Tropical Medicine and Hygiene. These qualifications led me to short term rotations with several UN agencies as well as a longer five year employment with the federal government as an international health specialist.

During that period, I traveled all around the world, sometimes leaving for weeks at a time. It was a lonely life at times, leaving little room for stable ongoing relationships. However, in my mind the noble cause of creating a better healthier world for humankind was worth the sacrifice. Over time, I realized that not everyone shared these ideals. Ill health was ultimately a result of deeper issues such as governance, fairness, distribution of wealth and societal values. 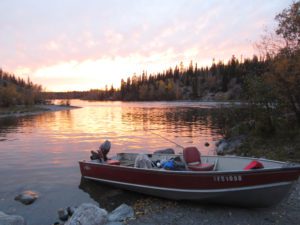 After traveling to densely populated cities in the developing world, it was refreshing to be nestled in the Precambrian shield replete with freshwater lakes and boreal forest. With a slight majority indigenous population scattered in 33 communities over 1.3 million square kilometres, the public health issues bore some similarities to the global concerns I had worked on. However, the infrastructure was more stable and there were more resources available. On a more personal level, I met my husband to be after a year through working on a rabies project – a joint endeavor with the wildlife division and centre for geomatics. We married in 2006 and welcomed a healthy baby boy into the world in 2008.

I also took on a number of leadership roles, not only within the territory but nationally. My world became circumpolar and I traveled extensively throughout the northern regions-communities within the Northwest Territories, Alaska, Yukon, Nunavut, Greenland, Iceland and northern Finland. My resume was starting to need an abridged version. I was content –the perfect blend of Christian doctor and social justice advocate. Something was missing.

I realized that for many years I had wrapped my identity in Christ with my career as a physician. The two had become inseparable in my mind. I thought that if I did well in my job that I was in the will of God…that was my calling. There was also a dawning consciousness that secular humanism alone would not create a utopian society. Only a world where God was present and leading could create a new world order where:

“He will wipe every tear from their eyes. There will be no more death or mourning or crying or pain, for the old order of things has passed away.” (Rev 21:4)

As a Christian, I had spent years trying to change the world through its standards. What God had been trying to teach me all along was:

“Do not conform to the pattern of this world, but be transformed by the renewing of your mind. Then you will be able to test and approve what God’s will is–his good, pleasing and perfect will.” (Rom 12:2)

The last several years my focus has been on a Person, my identity wrapped in Christ. As I drew closer to God, I was able to have a stronger sense of His Spirit in my life quietly guiding and directing me. I have become more passionate about the spiritual condition of a broken world. Prayer and fasting are growing disciplines in my life that had been oft neglected. Activities I volunteer for and causes I now support are focused on providing the true Bread of Life to a starving society. I am also engaged in more in-depth Biblical studies which included a one year online course in Biblical Hebrew. An avid curiosity to learn about the Judaic origins of the Bible led to a pilgrimage in Israel in May 2016.

As the shifting cultural values evoke stormy protests around me, my life is quieter and more reflective. Less limelight but more internal Light!