This article originally appeared in the April 2022 issue of FOCUS.

On April 23, 2022, I will have finished 10 years in my role as Executive Director. It has been a wonderful experience of God’s grace and it has been my pleasure to serve you in this role.

I would be misleading you if I said I have not battled discouragement from time to time. Before I was called into this role, I always wondered why many Christian principles and values could not seem to make their way into legislation in this country. There seemed to be no logical reason why a “progressive philosophy” was continuing to dominate popular culture and political and legal debate. And in later years, this trend seems to have accelerated, to the point that if a particular politician espouses “social conservative values”, there is a lack of tolerance, bordering on exclusion or scapegoating. This, sadly, has been a source of discouragement.

The most obvious example is the need for conscience protection in healthcare, especially around MAID. In any other country in the world this is a given, often included in the enabling legislation to quell fears of those in the medical community who are unable to participate. This is reason and sanity. But it is not the case in several jurisdictions in Canada.

Due to our advocacy work in Ontario last fall, I now understand why. It was as I had previously anticipated, but now I have actual proof.

Last June we were disappointed that, at the last minute, a Private Members Bill on conscience protection was not presented in the Ontario legislature, even though it had high levels of support among the Progressive Conservative MPPs. It was held back by key members within the provincial re-election team who were worried that the Bill might harm the party’s re-election chances. We did not take this lying down and continued to lobby into the fall, speaking directly to 17 MPPS, some of whom were cabinet ministers. I am deeply grateful to Dr. Donato Gugliotta and the rest of the physician members of the Ontario Conscience Committee for making themselves available for these meetings.

The results of these meetings were illuminating and frustrating. In all the work we have done to date, I have never had such good access to decision makers, nor have I had such honesty and frankness in discussions with them. This is largely due to your generosity in providing the funding to hire the consultants to arrange for this access. CMDA Canada should be proud that we enjoy great credibility with politicians and community groups and are seen as leaders on this issue.

The key focus of our message to the politicians was an Angus Reid poll of Ontario voters, funded by CMDA Canada, that showed that 85% of those polled felt that Ontario should have conscience legislation similar to the bill that was going to be tabled in June. In addition, 40% of those polled said that they would be more likely to vote for the party that sponsored such legislation.

We explained the poll’s findings in detail to the politicians. They all responded by telling us they were strongly in support of the legislation. A few explained that the re-election team oversaw what Bills went forward and this one was too controversial to be introduced.

Essentially, they believed our polls and they agreed that conscience legislation should be in place. 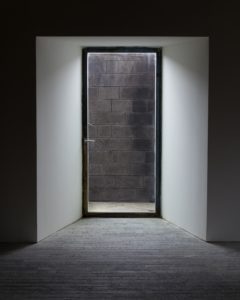 They were concerned that the legislation would be introduced and our opponents (Dying with Dignity) would claim that we and the government were trying to limit access to MAID. Dying with Dignity’s narrative would be accepted uncritically by the media and repeated. The voters, thinking that the bill was designed to limit access to MAID, would therefore oppose the Bill and the government for supporting it. Something similar to this occurred during the last federal election campaign when Erin O’Toole included conscience rights in the Conservative Party of Canada platform. Unfortunately, wedge politics was used to mischaracterize the initiative, forcing him to fudge the issue. Provincial conservatives are concerned about the same dynamic playing out at a provincial level.

Issues like this one no longer seem to get a proper hearing in Canada. I am not an expert in media, but I was speaking to a young Ottawa lawyer who said that media outlets now are dependent on online advertising revenue, which in turn depends on social media users, who tend to be less tolerant of this and similar perspectives (so-called social conservative ideas) In decades past, the source of newspaper advertising revenue and the subscription model required newspapers to be more centrist. A complaint from a reader about an unbalanced article would not be received well by an advertiser, who wanted to increase the good will of the public for their business rather than be associated with a narrower cause championed by the paper. On-line media is driven by followers and followers are attracted by news that confirms, rather than challenges what they already think. There is therefore not as much time in mainstream media for issues like ours.

It is challenging to unravel whether it is primarily the public influencing the media or the other way around. The end result is that politicians are refusing to sponsor initiatives that they know in their heart are fair, that the majority of people want and, if they were explained properly to an educated electorate, would win them votes. They are refusing to stick their neck out because they are afraid to lose votes, due to the distortions of media outlets who report with a particular bias. Self-interest is the order of the day. Self-interest, if left unopposed, is corrosive of civil society.

If ever there was need of a strong Christian voice, the time is now. One politician said to me, “You have to find a way to change the narrative.”  “Good grief!”, I thought. “You are in the government and you are asking me to change the narrative?” Our consultants, both of whom have had years in Ontario and federal politics, were very positive about the role that CMDA Canada has played in this debate. In their opinion, we actually have more capacity to influence public opinion than politicians do.

We are going to try to do just that with God’s help. In December, a donor came forward to provide us with funds to do a public information campaign that highlights the lack of alternatives to MAID available across the country. The expansion of MAID means that Canada urgently needs to improve access to palliative and hospice care, mental health services and services and supports for the disabled. There are many organizations willing to work with us on this initiative. Our draft title for the project is “No options = no choice”. Please pray for this project and donate to it if you can. Our hope is that greater public awareness will undermine naïve public faith in the benefits of MAID, which has been uncritically sold to Canadians. In Matthew 25:45, Jesus identifies with the “least of these.” We are deeply disturbed that one of the “least of these” may choose death because the system has failed them.