Originally appeared in the April 2016 issue of FOCUS Magazine.

David Shenk was the keynote speaker for our National Conference in Saskatoon in 2016. 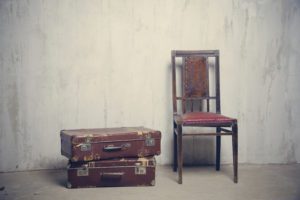 Abandonment is a theme that runs deeply through the soul of all Muslim communities. The mission of compassionate Muslims is, therefore, to reverse the injustices of abandonment.  That is the essence of the current conflicts that in various ways are affecting the wellbeing of the Muslim ummah (community). The urgent quest for inclusion is revealed within the soul of the Fatiha, the prayer that all Muslims are required to recite with face to the floor in a sign of utter submission to the will of God.

At five different times each day the Muslim ummah (Muslim Community) in unison petitions God, “Show us the Straight Way, The Way of those on whom you have bestowed your grace, those whose portion is not wrath, and who do not go astray.”  The ummah brings that petition for inclusion before God fourteen times every day.  It takes an hour of each day to perform the ritual requirements of that prayer, a prayer petitioning inclusion within the Straight Way.  Although the times for prayer are five, the repetition of the Fatiha happens fourteen times within the five daily prayer times.

The petition for inclusion is rooted within the Muslim narrative about an orphan boy named Muhammad in seventh century Mecca whose father died before he was born and whose mother died when he was six. Within two years his grandfather had also died; consequently he was raised by his uncle.  His uncle was responsible to maintain the polytheistic harem of 360 deities who resided within the temple in Mecca known as the Ka’abah.  The orphan, Muhammad, detested these gods.  His opposition to these false deities further alienated him from family and Meccan society.

It is remarkable that both the Muslim movement and the Christian community respectively remember the accounts of an orphan or refugee child being cared for by those who are compassionate.  Every year at the annual pilgrimage to Mecca, Muslims enact the account of Hagar seeking water for her dying son, Ishmael.  Although Ishmael was sent away from home, God did not forget Ishmael and sent an angel to protect Ishmael and provide life-sustaining water from a spring in the desert.  Jesus likewise escaped death when as an infant he fled with Joseph and Mary to Egypt when his life was under threat.  In both the Ishmael account and the Jesus narrative God sent an angelic messenger to save the life of a vulnerable child, Ishmael as well as  the young child, Jesus.

Even the Buddhist immigrants from societies such as that of Sri Lanka or Myanmar are formed by a primary narrative of abandonment.  All Buddhists remember the Great Renunciation when Siddhartha Gautama abandoned his wife and infant son to seek personal enlightenment.  The quest for enlightenment within a variety of Eastern spiritualties takes the devotee into lonely paths.

Many Canadian immigrants identify with these narratives of abandonment. This is especially so of the large immigrations of recent years.  The new immigrants are transforming Canada into a nation comprised mostly of peoples who have been abandoned and who have found refuge and a home in Canada.  Like Jesus, Muhammad, Ishmael or Buddha, multitudes of newly arrived Canadians have a legacy of flight from adversity or abandonment, either in their personal journey or that of their family or community.

Most newly arriving immigrants are refugees fleeing atrocities.  They have joined with a torrent of 50,000,000 migrants who are criss-crossing the earth in these tumultuous times.  In this horrendous era Canada is a nation that continues the legacy of providing a haven for the oppressed from nations and peoples around the world.  With that marvelous legacy it is not surprising that the whole world wishes to migrate to Canada!

In a most remarkable way Canada not only welcomes the stranger, but seeks to enable the stranger to find a home and to become loyal to the Canadian ethos of hospitality. Several years ago several colleagues and I attended a Shi’ite celebration in Toronto.  A Mountie arrived dressed in regalia.   He was invited to a seat of honor, and in due course gave a fine five-minute speech on Canadian commitment to multiculturalism.  He told me that this is his full time job, going to the festivals of the newly arriving immigrant communities to help them feel at home in Canada!

We also recognize that the challenges of inclusion within Canadian multiculturalism have been especially daunting as the immigrant streams of Canadian societies meet and intermingle with First Nation societies.  The same challenges are present within the US experience.  My ancestors were immigrants; we live on lands where First Nation peoples lived long before my ancestors arrived.

On another visit, this time in Vancouver, my taxi driver was a Muslim from Pakistan.  He had recently immigrated to Canada.  He invested much of the 45 minutes of that ride in lauding Canada. Then I asked him if he knows the source of these grand values that he has been describing.  I told him there is a book called the Bible that over the years has contributed significantly to the values he has been describing, as for example, each person is created in God’s image and therefore is to be respected and loved.  Our ride concluded with a discussion of the role of Jesus in forming the values that the taxi driver from Pakistan appreciated.

I suppose every language under heaven is represented in Canada today.  How blest Canada is to have nations around the world seeking to come.  These are remarkable times with remarkable opportunities to receive and contribute a welcome for the many guests and visitors who are knocking on Canada’s door!  In it all, let us never forget the call of God to bless the children!  Our calling is to be emissaries of Jesus whose touch is healing for the memories of abandonment.  Remember!  Jesus was a refugee.