What is the Measure of a Life

This article originally appeared in the August 2016 issue of FOCUS.

At 13 years of age I walked out of my family doctor’s office stunned, numb, and gripped by fear of what my future held in store for me. What would become of me? How will I survive? How can I possibly handle this? These were the thoughts that collided in my head.

The diagnosis was short and to the point: “You have Juvenile Rheumatoid Arthritis, there is no cure, and you will end up in a wheelchair. Your body will be of no use to you, so get a good education and develop your mind.” And with that pronouncement the doctor gave me a prescription. My father and I thanked him, then got up and left the room, the meeting was over. By the time I had received the diagnosis I was already having difficulty walking. Even though I had only met with my doctor because my hands had become swollen two weeks earlier, it was evident that I was already starting to feel the effects of this autoimmune disease in all my joints.

Within a month, the disease ravaged my body to the point that I could no longer participate in my favourite sports of swimming, judo and gymnastics at the YMCA. During gym class I would just sit and watch on the sidelines, having to explain to fellow students that I couldn’t play soccer or floor hockey anymore when they would ask why I wasn’t joining them. 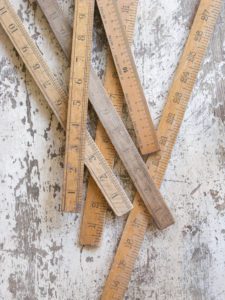 The losses that such a debilitating disease initiated are far reaching. Not only did I lose the ability to play my favourite sports and activities, I also lost my friends because I couldn’t participate in any of their activities. I was no longer someone with whom they had anything in common and this was devastating. The emotional pain of grieving such losses weighed heavily on me as a fourteen year old girl.

After graduating from Grade 8, I was off to the Orthopedic and Arthritic Hospital in Toronto with a referral from my doctor because we didn’t have Rheumatologists in our Northern Ontario town. Two months passed by very slowly at the hospital as I was alone excluding the occasional visit from friends. Most days were spent with fellow patients, all of whom were 50-60 years older than me. I endured many hours of physiotherapy, drug therapy, and occupational therapy, all the while asking God when will this be over. As the pain intensified, the drug treatments intensified. My only relief came when I would lie still on my bed. Steroids reduced the pain and inflammation for the first time in months, and so I was released to go back home in time for the fall term.

I started high school with the use of a cane. What teenager would feel self-conscious about that? Regardless, I was happy to be able to walk well enough to go to school. But by Christmas, the pain in all my joints was so penetrating that I had to stop attending classes and started to do self-study while teachers brought homework to my home at the end of each school day.

This continued through to Grade 12, with a couple of tutors in French, Math and Biology and the rest of the subjects being self-taught. My summers were spent in the hospital in Toronto alone and desperate to find any treatment that would lessen the pain enough so I could walk. Temporary relief enabled me to start Grade 12 at school but I had to stop half-way and complete it from home. By this time all treatment options had been exhausted and the disease had destroyed the cartilage in my hips and knees. All medical hope was gone. It had burned like a wildfire through my body, the progression of which caused as much damage in five years as others with the disease had experienced over a 20 year period.

I was referred to a new Rheumatologist who had just arrived in my hometown, which allowed me to stay in the local hospital. It was good to be close to family, since my father had open-heart surgery the year I had gotten sick and my mother had been diagnosed with cancer two years after I had received my diagnosis. To top things off, four years later I was now bedridden, unable to walk, stand or sit for any length of time. My relationship with God had gotten me through this far, but now I had had enough. My life was over, there was no medical hope, and my hope in God was all but gone as well.

My choice was clearly echoed in the Old Testament Book of Job. Do I curse God and die, as Job’s wife had recommended to him or do I trust God and live? The battle raged inside of me for weeks and months on end. Just as I cried out to God to help me, three friends came, independent of each other, and said God told them to visit me. That began a weekly visit by all three who were members of my church, a real estate agent, a businessman and a widow. They came faithfully for two long years to talk with me, pray with me and help me sort through all the years of emotional pain, despair, anger and hopelessness that were crippling me on the inside. As I began to allow them into my pain and surrender my life and my future to God, I started to experience more and more freedom from the emotional pain, until one day I was free of all the hurt, bitterness, resentment and despair that had plagued me for many years. For the first time in six years, I had hope, and now that the emotional pain was gone, my physical pain was cut in half, it was now bearable.

During this period I had several operations, two on my hips to replace the cartilage that was completely gone and one on each of my knees to correct the 45 degree contractions from two years of being bedridden, which had prevented me from standing up straight. I asked my surgeon if these surgeries would help me walk again. He thought carefully for a moment and cautiously answered, “They should reduce the pain and improve your quality of life by possibly being able to go from the bedroom to the bathroom by yourself.” Imagine his utter shock and surprise when I walked into the clinic using only a cane to greet him a year later! He had only known me in a wheelchair. He couldn’t contain his happiness! He ran out and called his residents and interns to come in and see me walk. I owe a great debt of gratitude to Dr. David Hastings at the old Wellesley Hospital in Toronto. He was willing to take on the hopeless case of a desperate twenty-year-old. I continued to improve, to walk without a cane, to drive and to carry out the activities of daily life.

The success of the surgeries, combined with a new drug that put my disease in remission for the first time in seven years, allowed me to move out of my parents’ home and pursue higher education. It was quite a culture shock to be among my peers again after so many years of isolation and hospitalization. I met some wonderful friends through the Christian Fellowship group on campus who accepted me, and were patient with me, and who remain some of my closest friends to this day.

The years that followed were spent studying psychology at the undergraduate level and later obtaining a graduate degree in Human Development, with periodic breaks to have one joint or another replaced. I have had a total of thirteen joint replacement surgeries on my hips, knees and ankle to date.

Upon graduation, I found a job working at my Alma Mater as a Disability Advisor. I have had the great privilege of working with hundreds of amazing university students with a wide variety of disabilities, helping them to succeed academically. I also work as the Coordinator of Spiritual Life Services, which gives me the opportunity to talk with students about the deeper questions of life such as: Who am I? Why am I here? Where am I going?

I believe these questions are at the heart of the assisted dying debate because the larger issues of how one defines identity as a human being, meaning and purpose in life, as well as how one views an afterlife are all wrapped up in this question: When is a life not worth living?

What kind of measuring stick would be used to make such a decision and who would be allowed to make it? According to the Supreme Court and the Special Joint Committee on Physician Assisted Dying, it’s quite simple really: anyone who has a “grievous and irremediable condition” and feels that their life is unbearable should have the choice to request assistance to kill themselves. This downward spiral from abortion and infanticide to euthanasia was observed with a stern warning three decades ago by Francis A. Schaeffer, who put it this way: “Once “quality of life” is substituted for the absolute value of human life itself, we all are endangered”. (C. Everett Koop & Francis A. Schaeffer, Whatever Happened to the Human Race (Wheaton, Illinois: Crossway, 1983).

I look at this recommendation by the committee and I ask myself, would my twenty-year-old self have taken this option, had it been available to me? I, along with my doctors and those around me, thought my life was over. There was essentially nothing for me to live for or to look forward to except more years of pain and suffering. Is this how we want to measure a life? If so, I didn’t measure up and neither do the other fourteen per cent of the Canadian population with disabilities and chronic illnesses.

What lawmakers fail to recognize is that it is not physical pain (except in extremely rare cases) that causes one to feel that life is not worth living, but the emotional pain of isolation and lack of connectedness to others who care, love, and value the one who is ill. When one is suffering physical pain due to injury or illness, it is easy to overlook the impact of the emotional and spiritual pain that accompanies it.

Rather than giving people the option to kill themselves, we need to find meaningful ways to care for and support people who are suffering, thus validating them as worthwhile and valuable human beings until their last breath. I spent over 48 months in hospitals and rehabilitation centres as well as short term and long term care facilities. I have sat with people both young and old who have never received visitors. Their families often ignored and even abandoned them. Yet, as I got to know them, their beautiful spirits emerged, whether in a smile or a gentle tap on the arm or in the telling of stories from long ago. Suffering is an inescapable part of the human condition. There is so much to learn about life and living from those who suffer, especially those who suffer alone. I propose that, as a civil society, we refrain from devaluing the lives of those who suffer in the name of personal rights and freedoms.