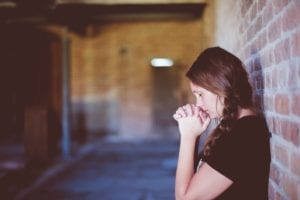 “[In today’s society] we are building a dictatorship of relativism that does not recognize anything as definitive and whose ultimate goal consists solely of one’s own ego and desires. We, however, have a different goal: The Son of God, the true man . . . a mature adult faith is deeply rooted in friendship with Christ. It is this friendship that opens us up to all that is good and gives us a criterion by which to distinguish the true from the false, and deceit from truth.”

In one of his final acts before becoming Pope Benedict XVI, Cardinal Ratzinger coined the term dictatorship of relativism to describe a trend in modern society that imposes a lack of belief in moral certainty in our legal, educational and political institutions. This concise and pithy phrase has been an insightful hermeneutic for me as I have participated in the conscience battles across Canada.  Undoubtedly all of my readers would find preserving conscience rights important; fewer however might deem them to be a priority. In the following paragraphs I set out why this battle is essential to preserving freedom, democracy and indeed Christianity, in Canada today.

Euthanasia has been legal in Canada since 2016. Since that time regulatory bodies like the College of Physicians and Surgeons of Ontario (CPSO) have required that physicians who object to providing the procedure must refer their patients to someone who will. Evangelical, Catholic and Orthodox Jewish physicians who are unable to refer because of their personal convictions informed by their respective faiths are faced with a stark choice – either do what the regulations require or leave their practice of medicine.

Sections of the Canadian Charter of Rights and Freedoms that protect conscience and religious freedom have not provided much cover. In January 2018 the Ontario Divisional Court ruled that despite the fact these regulations trample on constitutional protections, the slender chance that a patient might not be euthanized when they wanted was sufficient to jeopardise the healthcare of the patients of approximately 1500 physicians in Ontario. At the appeal hearing of the earlier court’s decision on January 21 and 22 of this year in Toronto, the Court of Appeal heard that a service has been developed by the Ministry of Health so that patients who want euthanasia can phone Telehealth to arrange to get an assessment. Programs and services for those who are infirm like homecare, nursing homes and hospitals also provide multiple access points for assessments. The patient access concern became very narrow: a small number of patients who made their way to their doctor’s office for an appointment, who wanted an assessment, who could not operate a telephone and who were not in home-care or a nursing home might be impacted. This would only happen if the patient did not have another caregiver, family member, or friend who could help them. Given the relatively small numbers of patients who request euthanasia and the small percentage of the total medical community who are conscientious objectors the chances of this happening are estimated at much less than one in one thousand.

But the facts are not informing this debate. The debate is driven by an elite view that it is no longer socially acceptable to live according to your relationship with Jesus Christ in matters ostensibly decided by the Supreme Court.  There are numerous other examples of this in Canadian society:

Conservative MP Rachel Harder was deemed unacceptable to sit as chair of the House of Commons Committee on the Status of Women because of her pro-life stance which is informed by her religious beliefs.

Numerous Church organizations were deprived of access to the Canada Summer Job Grants in 2018 because they refused to sign the “attestation clause” supporting “reproductive rights”. Despite the fact the clause was amended, organizations will still be disqualified due to their work with women who decide to keep their babies rather than terminate their pregnancy

Bill 21 in Quebec – the Laicity Law – bars civil servants, including teachers, lawyers, police officers and others, from wearing religious symbols at work. Christians will not be permitted to wear a cross while acting in their role as public servants.

Seen in this way, we are but one issue of many that demonstrate that the levers of power are directly being used to support an agenda that marginalizes conscientious Christians and vilifies various components of traditional Christian moral values. This can no longer be justified under the mantle of diversity, since we practicing Christians, who are now essentially a minority in this country, are being excluded.

What is Christ calling us to do in this environment? In my view we must witness to the relationship that provides meaning in our lives. The anthropological vision of the other side offers no hope for humanity – it will lead to more death and eventually nihilism – a complete lack of meaning.  Only Christ is the answer – but unlike the tactics of the past we must propose rather than impose the gospel message on a society which is starved for the truth. We must make more Christians aware of what is happening so they can support initiatives like the Call for Conscience Campaigns. In one campaign in Manitoba 14,000 people wrote letters to Manitoba legislators supporting a Bill that was passed to protect conscience rights. A similar campaign in Saskatchewan has generated over 11,000 letters so far. A grass roots movement following the lead of the Holy Spirit can act as an antidote to the vain assumption that this elitist value system is so intrinsically good that it must be publicly adopted by everyone in our society.  Because the proponents of this alternative secularist agenda are not aware of their own subjectivity, they run the risk of imposing their views on the rest of us, with dire consequences. Wherever the secularist experiment has been tried under Stalin, Mao Zedong, Hitler, or Pol Pot the inevitable repression has crushed the human heart and spirit.

I can’t believe that it is the will of God that it will happen here. That suggests that it is up to you and me to accept God’s grace to help us turn things around.