Why is God Necessary for Health Care?

This article was originally published in the April 2022 issue of FOCUS.

It need be stated from the outset that Judaism maintains that human life is infinitely precious and therefore inviolate. Quality of life does not enter into discussion. As Rabbi David Feldman puts it: “Life is sacred in undifferentiated preciousness.” Six-hundred ten of the six-hundred thirteen commandments of the Torah are set aside in order to preserve human life. The statement in the Torah to “take good heed of yourselves” (Deuteronomy 4:15) is understood to mean that the avoidance of anything harmful to life is a religious precept. As a corollary to the principle of the inviolability of human life, the murderer is subject to the death penalty for unlawfully depriving another human being of that which is most precious. And it is in this context that Jewish law considers hastening the death of the terminally ill tantamount to murder.

Doctors in Judaism do not enjoy special privilege. Instead, they are burdened with special responsibility. To Maimonides, the Biblical command to restore lost objects (Deuteronomy 22:2) applies to health as well. Consequently, doctors have a mandate to heal: to restore to patients the health they have lost. Upholding both the responsibility to heal as well the principle of the inviolability of human life, Jewish doctors may find themselves in dangerous predicaments. For instance, the late Chief Ashkenazic Rabbi of Israel, Issar Unterman, tells of the story of a Jewish girl impregnated by a German soldier during World War I. Instead of providing the support she demanded, he took her to a physician for an abortion. The physician, an observant Jew, declined to abort on the grounds that it was against his principles. The soldier drew his gun and threatened the doctor. He would either perform the abortion or the soldier would shoot. Rabbi Unterman declared that had Jewish law determined that abortion is actual murder, the doctor would have to lay down his life rather than comply. 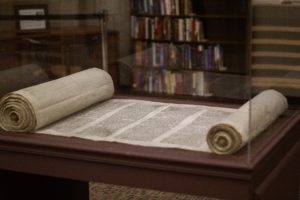 Even with the bias towards life, Judaism is not oblivious to human suffering. The pre-eminence of compassion, exemplified in the Bible with the multifarious laws requiring concern for the vulnerable in society like widows, orphans, the old and the disabled, is, according to the Talmud (Shabbat 133a), rooted in the injunction to emulate God: “Just as God is gracious and merciful, so you must be gracious and merciful.” Suffering was never a virtue in Judaism. One Rabbinic source (Song of Songs Rabbah 2:16:2) reports how third century Rabbi Yohanan tried to comfort his ailing colleague Rabbi Hanina saying that his suffering would bring him great reward to which Rabbi Hanina replied that he wanted no part of the suffering or any reward for enduring it. Remarkably, even a convicted criminal deserves compassion. According to third century Babylonian authority Rav Nahman, giving a narcotic to the criminal about to be executed to minimize pain is an extension of the principle of loving your neighbor as yourself (Babylonian Talmud, Pesahim 75a). Contemporary authorities in Judaism, though steadfastly opposed to active euthanasia, permit the cessation of medical treatment for terminal patients.

In effect, Judaism remains ever conscious of a powerful dialectic between the sanctity of life and the alleviation of unnecessary pain. And it is the medical professional that is often charged with finding resolution. In this unenviable position a doctor must be constantly alert, knowing that fateful decisions are in the physician’s hands. Rabbi Shimon Shkop (d. 1939) explained that the enigmatic statement in the Mishnah (Kiddushin 82a) that “most doctors are consigned to hell” refers to those doctors who, derelict in their duties even once, may cause harm to a patient.

Noteworthy is that in all of Judaism’s approach to life and healing there is no mention – let alone acceptance – of the notion of a “right to die” or “freedom to choose.” Rather, the Jewish approach to life and healing is packaged in the context of holy principles and religious duty sanctioned by sacred texts over thousands of years. Rights and freedoms, on the other hand, are part of the language of secular political discourse in Western societies developed over the last three hundred years.

Probably the earliest encounter between traditional Judaism and secular law in a matter of the preservation of life was an order propounded by Duke Frederick of Mecklenburg-Schwerin in 1772 that required a waiting period of seventy-two hours before burial. The edict was in response to the proliferation of premature burials (since doctors of that day could not always discern between death and those suffering from asphyxia, concussions, apoplexy, and overdoses). The edict was intended to assure that the “corpse” was indeed, dead. Jewish practice, however, required same day burial. The Jewish community, which was legally protected from government interference in matters deemed “ritual,” petitioned the duke to rescind the order pending resolution from rabbinic authorities. Among the authorities consulted was Moses Mendelssohn, who initially advised the Jewish community to accept the edict on the grounds that Jewish law champions the preservation of life. In opposition was Rabbi Jacob Emden, who worried that religious tradition would be weakened if secular governments could legislate in matters of religious observance. Ultimately, Mendelssohn wrote to the duke explaining that the Jewish dead were handled by experts and thus there is no chance of premature burial. The duke accepted the explanation. The Jewish community was exempted and the matter was closed.

Over time, Rabbi Emden’s worry has proved to be prescient and real. Secular governments have become increasingly emboldened on infringing in areas that have previously been the realm of religious teaching. In the United States, for example, the Supreme Court in affirming gay marriage (Obergefell v. Hodges, 2015), wrote that “the court must determine whether newly minted ‘rights’ can be wielded not only as a shield in defense against same-sex unions but also as a sword to attack others for adhering to traditional religious beliefs.” In other words, the secular court has arrogated to itself the sole power to determine when long standing religious beliefs must be upheld and when they must yield to newly coined civil rights. In Canada, it is the legislature or physicians’ colleges that determine when a doctor’s conscientious objections are set aside. Thus in Carter v. Canada (Attorney General), the Supreme Court of Canada, while asserting that “nothing…would compel physicians to provide assistance in dying” since it is “a matter of conscience” or “religious belief,” it remains the task of the physicians’ colleges, Parliament, and provincial legislatures to map out the contours of the law so that the rights of patients and the religious beliefs of doctors may be reconciled. Depending on how these secular agencies respond, doctors may have good reason to be nervous.

That nervousness is compounded by the demand that all doctors must yield to patient demands or else abandon the profession. In 2020, the Vancouver-based Abortion Rights Coalition of Canada issued Position Paper #95 in which it put forward the claim that conscientious objections by doctors “is inappropriate and harmful in health care,” that it is “a violation of patients’ right to health care and moral autonomy”. (Abortion Rights Coalition of Canada. (2020, October). Canadian Policies and Laws on “Conscientious Objection” in Health Care. Retrieved March 23, 2022, from https://www.arcc-cdac.ca/wp-content/uploads/2020/06/95-appendix-policies-conscientious-objection-healthcare.pdf, pg. 3.) The (unnamed) author(s) question a doctor’s “right” to deny treatment and notes “deliberately refusing to do part of their chosen profession for personal reasons, thereby abandoning their fiduciary duty to patients and abusing their trust.” (Ibid, pg. 4.) Consequently, “doctors with personal objections to some type of care should exercise their freedom of conscience by not entering fields where their objections will be a problem.” (Ibid, pg. 5.)

Less shrill but equally disturbing is the view of the American Medical Association that states that doctors’ rights should not “unduly burden” patients or infringe on their civil liberties. Dr. Sarah Hull, Associate Director of Yale University’s Program for Biomedical Ethics, writes that “the patient’s goals and values should dictate treatment, while it is the doctor’s duty to propose potential approaches that are in line with those values.” (Hull, S. C. (2019, November 7). Not so conscientious objection: When can doctors refuse to treat? STAT. Retrieved March 23, 2022, from https://www.statnews.com/2019/11/08/conscientious-objection-doctors-refuse-treatment/) If a doctor cannot do so, a prompt referral must follow. When that is not possible, a doctor has no choice but to follow the patient’s demands. “It is not, however, ethical to refuse a patient’s request for treatment simply on the basis of personal beliefs, including religion.” (Ibid.) And writing in the New York Times Dr. Sandeep Jauhar counsels that medical students should be directed towards fields where their religious beliefs would not be problematic. (cf. Jauhar, S. (2019, May 13). Can doctors refuse to treat a patient? The New York Times. Retrieved March 23, 2022, from https://www.nytimes.com/2019/05/13/opinion/can-doctors-refuse-patients.html)

For doctors resistant to rendering medical assistance in dying (MAID) on religious grounds, the pressure from patients, legislatures, professional organizations, and colleagues will only grow in intensity as the value of the sanctity of life advanced by Judaism and other religions retreats in the face of the growing concern for individual rights.

But it is a profound mistake to remove or dissuade from the practice of medicine those doctors, nurses, and other practitioners who hold honest religious convictions.  First, doctors and nurses who see healing as a sacred trust rather than a career choice bring the highest degree of dedication and commitment to their patients. Depleting the medical profession of such practitioners will result in lowering the standard of care. Second, the inclusion of practitioners who hold honest religious convictions serves to – in the words of philosopher Robert Kane – “sustain the moral sphere.” Humanity today is too eager and too quick to dispense with the rigors imposed by strictly adhering to the principle of the sanctity of life. Life has been cheapened. Doctors and nurses who challenge MAID serve to remind all members of society of the preciousness of every life. Third, challenging MAID might result in allocating more resources to palliative care making the resort to MAID far less attractive or necessary.

Until the pendulum shifts and the value of human life attains primacy once more, health care workers committed to Jewish values must rely on the noblest principle of scripture: “Choose life!” (Deuteronomy 30:19).